Firefly Photonics LLC is a startup company working out of the BioVentures Center in Coralville, established by the University of Iowa.  Our engineering team employs three full-time engineers. Our support team includes: a business manager (CPA, MBA), an accounting firm (LWBJ, West Des Moines); a law firm (Shuttleworth & Ingersoll, Cedar Rapids); and an IT firm (Remedium Systems, Iowa City). We work with several advisors with extensive background in technology startups and business development. 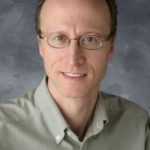 John P. Prineas studied light-matter coupling in semiconductor heterostructures with Hyatt Gibbs at Optical Science Center and with Jaghdeep Shah at Lucent Technologies. After completing research at the Max Planck Institute for Solid State Research in Stuttgart as an Alexander von Humbolt Fellow, he joined the faculty at the University of Iowa in 2001.

Mike Jones was employed by Rockwell Collins for 21 years, beginning as an engineer and most recently holding the title of Vice President & General Manager of Communications & Navigation Products, where he set strategic direction, captured new business, and executed development and production of contracts. During this time at Rockwell, Jones was awarded the Rockwell Engineer of the Year award, which indicates his excellence as an engineer, in addition to his exceptional executive leadership experience.

His professional experience in optics began when he was employed with Reveo, a startup which developed stereoscopic 3D displays in White Plains, NY. He also worked with Optical Instrument Systems, a startup based in Michigan. 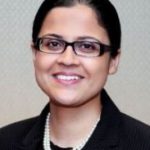 We offer custom products for your mid-infared light source needs, including LEDs and lasers.
CONTACT US